I had rather hoped to be called off on Saturday, no such luck there. While the ICU has had a low census the rest of the hospital is doing just fine, meaning they floated the extras upstairs. I got to stay on the unit and was given a new admit who had come just before shift change.


She had presented with flank pain and was a totally sweet little firecracker of a lady, who was more than happy to chat with all the nurses and her family were just dolls. I thought maybe, just maybe, I'd have a quiet night, no such luck. My little firecracker went into some funky cardiac rhythms and her blood pressure began to sink. Lucky for all of us our favorite Doc was on that night and came right down. My little fire cracker ended up having septic shock and landed herself on a couple of drips with a central line. So much for a quiet night.


After I said my good byes and the family sweetly thanked me for my help through the night I decided it was time to do something about MY blood pressure.  So over the last couple of days Mr. has been driving me around to nursery's and hauling dirt around for me. 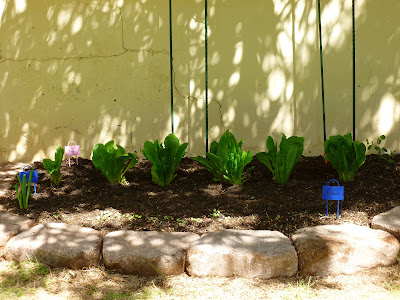 It might not look like much but this is what I have nicknamed my Zen Garden.  Mr. dug this out for me, laid down the stones and added a couple bags of dirt so that I could have a semi raised garden last year. Unfortunately we made some big errors in the crops we planted. This year I did a little more research and settled on some more shade friendly plants.

So far I have lettuce which was transplanted from a neighbors garden, beans, peas, spinach and mesculan mix planted. All apparently need less than 5 hours sunlight, which is great because this plot is a touch shady. 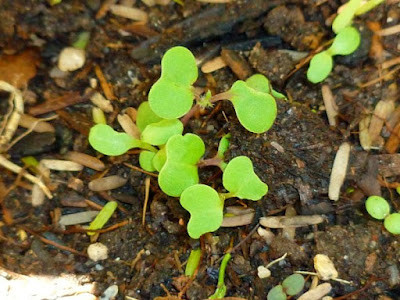 My mesculan mix is already coming in nicely 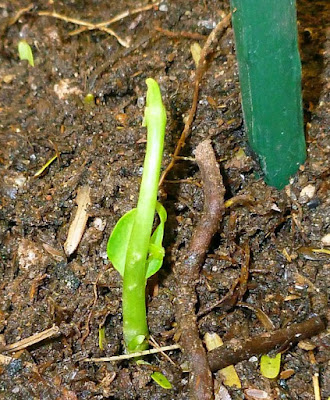 And the peas are working their way up too!

I think the birds ate all my spinach seeds though, so I re-sowed those and am waiting for my beans to make an appearance. I also learned that if you just plant the little white ends of your green onions, you get more green onions! Who knew?

I also decided that I would like the humming birds in the area to hang out more in my backyard. But in order for that to happen some flowers might be necessary. 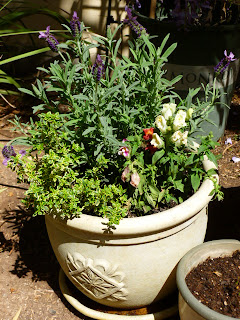 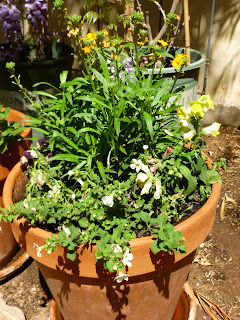 I potted up a bunch of flowers and settled them into a big bare patch that I haven't been able to get anything to grow in. Nice upside is that it hides all that bare dirt now! 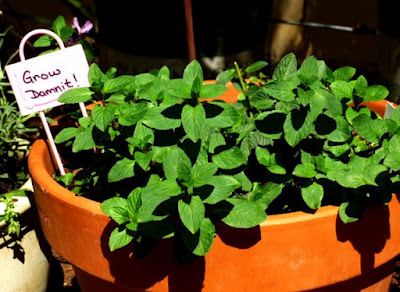 Just for a little fun I added this sign.
Does this constitute talking to your plants?